In my last submission, I covered the NY Daily News continued pattern of protecting the police since the police shooting death of Sean Bell shooting 3 weeks ago.

The page 3 article goes into great detail about the Guillermo Morales/Assata Shakur Community Center at City College University of New York named in honor of Ms. Shakur who allegedly participated in the execution of a fallen cop.

Sentenced to life in prison in 1973, Assata broke out of prison in 1979 and fled to Cuba and has lived there ever since.

The Daily News, following its recent trend of poor journalistic integrity, however forgot to add two important ingredients to this tasteless diatribe. The who, what, where, when and why, are staple of any article required of a journalist when producing their written work. But missing or lightly covered in this article is the when, who and why answers that left me somewhat malnourished.

So I took it upon myself to add to whats missing, and came up with some important tidbits that the article looked past.

When: The Guillermo Morales/Assata Shakur Community Center was named in 1989.

Who: by students that successfully countered a tuition hike.

Why: (In their own words) We know that many Black people that fought for better conditions in the 70s were framed. We consider Assata Shakur to be one of the people who were wrongfully and purposefully framed for her activities. And we consider her a hero and role model for standing up for our people and putting her life on the line.

"Why" would the NY Daily News find sudden interest in a community center named almost two decades ago in Ms. Shakur's honor?

"Why" would Pat Lynch of the Policeman's Benevolent society choose to speak out on this today out of all days almost 20 years of the establishment of the center?

I can only come up with one conclusion.

The news is obviously serving and protecting the image of those whose job is to serve and protect now under scrutiny, particularly by the African American community since the gunning down of Sean Bell.

By gently sending a series of subtle cues to certain segments of the public, the news presents out of date issues fresh on the minds of its readers. Our outrage is undeserving of a shared call for justice, and our remorse is that of a self centered people, seriously, "look at who they celebrate."

The NY Daily News is far from impartial and is simply carrying the water for the NYPD rather than the public good of providing unbiased and balanced news.
Posted by rebelsphere at Saturday, December 23, 2006

yo fam, keep up the good writing.... haven't seen anything new in a while... keep giving people what they want.


and get my link in there if you get the chance.... www.writingthelines.blogspot.com 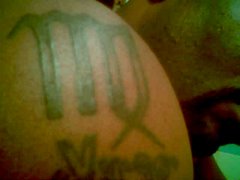